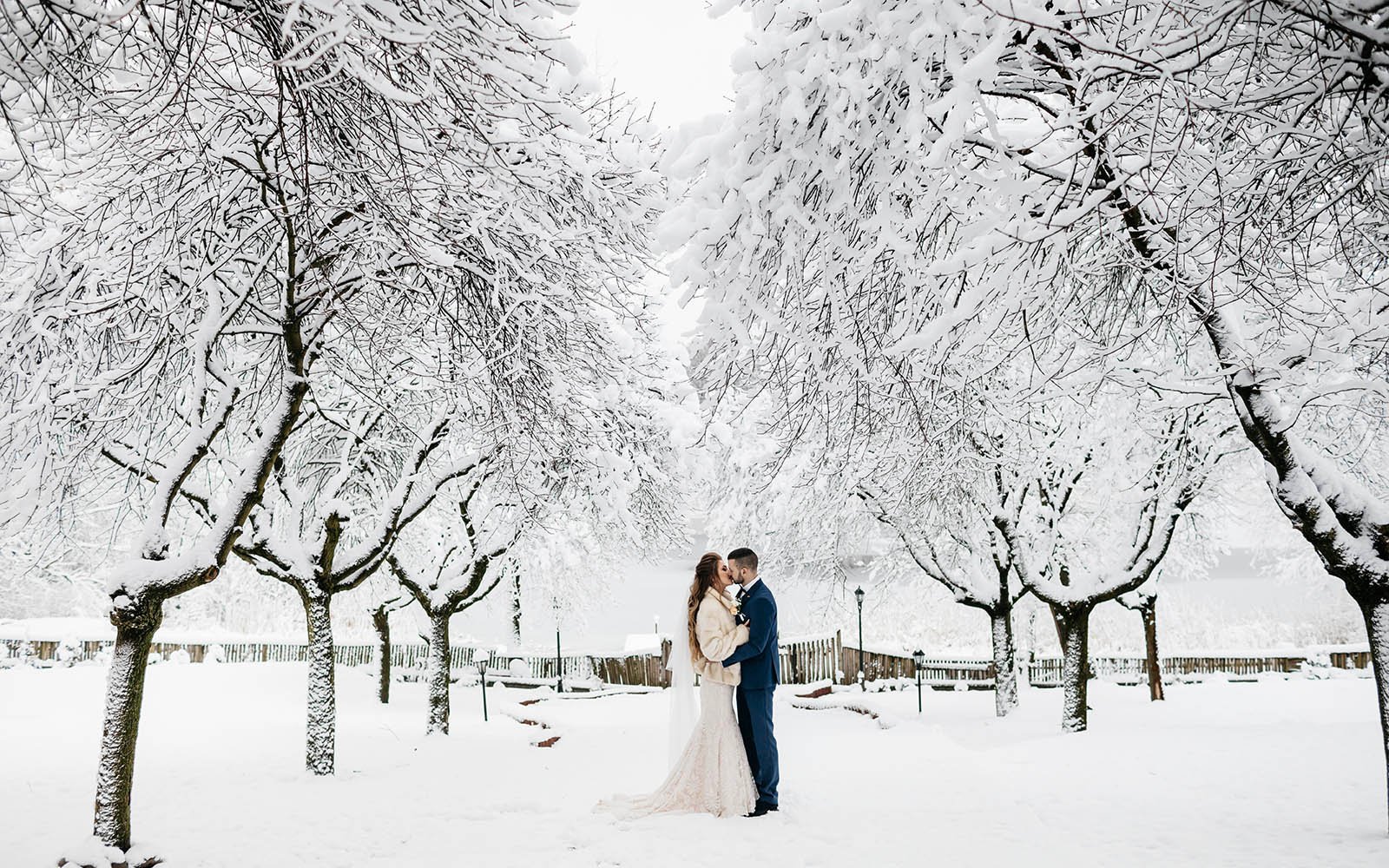 Why January Might Be A Great Month To Get Married

While it’s traditionally on the low end of popular wedding months, January has its advantages to being circled on the calendar as a potential spot for a wedding date.

Sure, January on Long Island are cold and they suffer from a status of being a month-long post-holiday hangover—but in ways that we’ll examine below, these characteristics actually serve to bolster the reasons why you might want to get hitched during the first month of the year at a lovely winter wedding. But before delving into those details, let’s recognize that, fresh off of New Year’s Day, January represents new beginnings and presents the perfect opportunity to highlight a milestone like a wedding.

January is named for the Roman god Janus, the god of beginnings, gates, doorways, time, and passages. This is why January is considered the “doorway” to the new year and precisely why it matches perfectly with weddings, as they mark the beginning of your new life as part of a married couple. This is a theme that you can carry through your entire wedding!

And if you’re the type of person that uses astrological predictions to navigate life, the month of January boasts its fair share of meaningful dates. If you tie the knot in the first half of the month (January 1-15), this is said to reflect your energy and self-reliance. Alternately, if you marry between January 16-31, your event may be talked about for years to come. And when it comes to specifically lucky wedding dates, there’s January 2, 16, and 25.

There’s a few other symbols associated with a January wedding. Although garnet is technically January’s birthstone, this gem still has significance when it comes to your wedding day. It’s said that wearing garnet on your wedding day will bring purity, consistency, and stability—three keys to guarding against any doubts on your special day. Then there’s January’s representative flower, the carnation, which symbolizes true wedded bliss. It’s said that including the carnation bloom in your bouquet ensures that the admiration shared between you and your partner will never fade.

The Top Reasons For A January Wedding Date

We all know there are peak wedding months—the pages on the calendar when most people seek to set aside for their nuptials. Some of these popular wedding dates include months that are awash in warm, pleasant weather, like May and June. Then there are the wedding months that perhaps aren’t as well known for their great weather, but have still grown in popularity with wedding planners—these include September and October, two months that have skyrocketed to the top of the list of fashionable wedding dates in recent years.

The one drawback to how immensely attractive these months are for weddings is the sheer predictability of it all. When you’re of a certain age, you almost expect to receive wedding invitations for nuptials during these busy months. It’s not surprising at all—in fact, it’s rather unfashionably anticipated.

Conversely, when you pick an unexpected month like January as the time for your wedding, it ensures that your special day doesn’t get lost in the shuffle of the long list of weddings people are obligated to go to. A January wedding surprises, delights, and inspires your guests to grow exponentially more excited for your wedding day!

It’s Something To Look Forward To

Once New Year’s Day shines a light on the debauchery of New Year’s Eve, that’s pretty much the end of the busy holiday season for most of us. Aside from random birthdays, January can be somewhat of a black hole on the calendar in terms of social engagements. There’s just not that much going on!

Couple that dearth of things to do with the general cold, gray weather of the month, and January can be rather bland, tedious, and monotonous. Meanwhile, weddings are typically the exact opposite of those three brutal adjectives. Strategically positioning your wedding during the month of January can have a brightening effect on not only your winter, but also the winter of your friends and family. Instead of hibernating away the month on a couch under a blanket, a January wedding can give everyone in your social and familial circle something fun to look forward to!

People tend to fill their own time with things to do during those warm weather months—day trips, beach days, shopping excursions, hikes, out-of-state travel, etc.—do your guests a favor and get them out of the house in January!

You’ll Have Your Pick Of Dates

Choosing a so-called “off peak” wedding month means that you can pretty much choose any day you wish. A Saturday wedding in September, for example, might be hard to nail down. But when you get married during January, there’s a good chance you can have the raucous Saturday wedding of your dreams!

Not only are more days available, but venues are too. Long Island wedding venues fill up quickly during those peak wedding dates. But when you choose a month that is more likely to be less popular, you can grab the wedding venue you want without much hassle. The same goes for wedding vendors. Choosing a less-than-popular month like January means that you’ll be able to get the exact vendor you want to inspire the style of your wedding.

Use The Winter Weather To Your Advantage

Some brides and grooms tend to freak out when they see any bit of precipitation forecasted for their wedding day. Sure, when it’s rain that’s being predicted, that can be unfortunate. But depending on where you are, there’s the possibility of snow flurries gracing your special day.

While on the surface this sounds disastrous, snow can actually be a blessing in disguise. Do yourself a favor and do an Internet search for “snowy wedding photos”—what you’ll see is magical and whimsical images that would look absolutely fantastic framed on your wall. Pure, white snow is a wedding photographer’s best friend, as it illuminates the newlywed couple in a glow that cannot be recreated in any other setting.

If you see some flurries on your wedding day, consider yourself lucky and mobilize your photographer and wedding party immediately!

Are you ready to begin planning the best night of your life? Request More Info